(Viasat) Everyone wants fast, reliable internet access to post social media updates, take online classes, even play stump the virtual assistant. But when you live on a farm with thousands of acres, on the fringe of suburbia, or somewhere in between, your options can be limited. Nearly a quarter (24%) […]

Everyone wants fast, reliable internet access to post social media updates, take online classes, even play stump the virtual assistant. But when you live on a farm with thousands of acres, on the fringe of suburbia, or somewhere in between, your options can be limited.

Nearly a quarter (24%) of rural Americans say not having access to high-speed internet is a major problem in their local community, reported the Pew Research Center in a 2018 study.

That’s where a satellite internet connection comes into play. This is the most widely available internet connection in the U.S., as reported by the Federal Communications Commission (FCC). To learn how it works, what it costs, and the speeds you can expect, read our guide.

This review of the best satellite internet providers contains the following sections:

Satellite internet uses satellites in space to transmit data over the internet. It does not use wires or cables that run to your home from outside networks like other types of internet connections.

This is how it works: You click on a website while surfing the internet. Your request travels through a modem to a satellite dish on your property. The dish beams your request up to a geostationary communication satellite. The satellite sends your request to a gateway station on the ground, which relays your request to the website. The reverse happens to get a response, or to receive data.

Because the request and response travel about 44,500 miles there and back, the latency or delay you experience can be notable at times, especially if you’ve maxed out your data limit or if many people are on the network at the same time.

Still, satellite internet access can be a much faster solution than dial-up, 4G/LTE mobile internet, and some DSL internet plans. It also may stay operational when disasters like fires and hurricanes interrupt land-based internet providers.

Though there are currently only a few satellite internet providers to choose from, more satellite internet options are coming. SpaceX, Amazon, OneWeb, and Telestat have announced they are developing satellite broadband services. Instead of using geostationary satellites, these services will rely on a constellation of low-earth-orbit satellites.

Viasat: “Live where the cable internet line stops? That’s where we start,” says Viasat. Its four service plans cost $50 to $150 per month with download speeds ranging from 12 to 100 Mbps (megabits per second) and upload speeds of 3 Mbps. Plans don’t have data caps but do require a two-year contract. A no-contract option may be available in your zip code. You can get service in eight out of 10 locations in the U.S., says the company. Viasat Internet placed seventh in our Best Internet Service rating with an overall score of 3.76 on a 5-point scale, with 5 the highest possible score. Read more in our review of Viasat.

Viasat is the only company to make our Best Satellite Internet Providers of 2020 ranking. Other satellite internet service providers (ISPs) did not meet the criteria defined in our methodology to be included in this rating.

Satellite internet service is available nationwide, even in rural areas, as you can see on our map. You can also enter your home address on the FCC’s Fixed Broadband Deployment locator to see which internet providers are available to you. According to the FCC, 98.4% of Americans have access to at least two satellite broadband service providers.

Satellite internet is one of the few options for people living in rural areas and in regions that are hard to reach with fixed-line services like cable, fiber, or DSL internet. “As you go further and further into rural America where there’s lower density it is not economically justifiable for companies to wire those areas and that’s why we see a limited availability in those areas,” says Bruce Leichtman, a broadband industry authority.

Viasat, the only company making our Best Satellite Internet Providers of 2020 list, says it provides satellite internet service in all 50 states, covering 98% of the U.S. population.

Internet Speed of Fiber vs DSL vs Cable vs Satellite

Satellite internet is not as fast as fiber optic and cable internet, but it may be faster than your other options.

“While it’s possible for satellites to deliver broadband service, its latency issues – (the) time it takes a signal to go from your home to provider and back — can be frustrating for consumers who use real-time applications like gaming, streaming and chat-type applications like FaceTime,” says Mark Lubow, a veteran cable and telecommunications expert who heads the Cloud11 consultancy in Atlanta. Latency causes delays, such as when audio and video are out of sync.

You’ll experience slower speed and lower audio/video quality if you exceed your plan’s data allowance, if the weather is bad, or if the network is congested. An FCC report from December 2018 stated that “while most ISPs show only a slight degradation from off-peak to peak hour performance, satellite ISPs show a markedly larger degradation.” We found satellite internet consistently delivered promised speed 20% of the time on average.

Consumers in the U.S. say they spend about $67 a month for internet service, including satellite internet, says Bruce Leichtman, a broadband industry authority who heads Leichtman Research Group in Durham, New Hampshire. Plans from our best satellite internet providers cost $50 to $150 per month and don’t include taxes, surcharges, or fees.

Satellite internet providers typically don’t charge for excessive data use. Instead, if you surpass the monthly data threshold they will slow down — or throttle — your speed.

Bundling or buying multiple services like internet, satellite TV, and home phone from the same provider can reduce your monthly internet bill.

Viasat service plans start at $50, $70, $100, and $150 per month (as of the date of this review) for respective download speeds of 12, 25, 50, and 100 Mbps. Plans have unlimited data. Monthly equipment rental, which is required, starts at $9.99 per month. The cost of installation, also required, varies by where the satellite dish is mounted on your property. A two-year contract is required, and Viasat guarantees the price of service for that term. Early termination fees for breaking a contract start at $15.

What Do I Need for Satellite Internet Service?

Should I Buy or Rent Equipment for Satellite Internet Service?

You should rent equipment for satellite internet service. In fact, it’s required by the ISP. The dish antenna and modem are configured specifically to work with your internet provider’s system. You cannot buy a modem off the shelf and make it work; nor can you buy and install your own dish antenna. Because the dish antenna both sends and receives data, the FCC requires that it be installed by a certified technician.

The ISP-supplied modem may have a built-in Wi-Fi router (this combo device is called a gateway). You’re not obligated to use the router. You can turn it off and purchase a better one to create a more powerful wireless home network. You won’t save money, however, because you still have to pay the monthly rental fee for the other equipment.

Renting equipment gets you technical support and a router that is guaranteed to be compatible. If you terminate service and don’t return equipment, you’ll be charged a fee. Monthly rental fees could increase, as well.

It may be possible to buy a long-term lease for equipment. You’ll pay more upfront, but over time you can recoup that money and save on future bills. Contact the satellite internet provider to learn if this is available and who is responsible should equipment break or need upgrading.

The FCC requires that a certified technician install your satellite internet system. The dish antenna typically is installed on the side of your house, the roof, or a pole near the house where it has a clear line-of-sight to the southern sky. You’ll have input on where it is placed.

The technician then routes cable from the dish to the gateway device (a combination modem-router) inside the home, configures your primary computer, and enables home Wi-Fi. Connecting your mobile devices to the Wi-Fi network may cost extra, though this step is generally easy enough for most people to manage on their own. Installation typically takes a few hours and is free, although non-standard or complex installations may incur fees.

The technician may be employed by a third-party contractor. If you perform any part of the installation, the equipment warranty will be voided.

The exception is with the Wi-Fi router. You can install your own Wi-Fi router instead of using the one built into the gateway device to have a stronger Wi-Fi signal on your property. Turn off the built-in router and follow installation instructions provided by the router manufacturer.

Satellite internet is good for:

Cable internet is good for:

Satellite is the best choice when the only broadband option is a slower DSL or mobile (cellular) connection. It supports moderate internet use: streaming video and performing basic online activities. Data limits make it unsuitable for binge-watching high-definition video, and its high latency (delays) impedes fast-paced multiplayer gameplay.

Cable is faster and has lower latency. It’s best for households with multiple people who use the internet simultaneously for online gaming, video streaming, and sharing large files. It’s also best if you have lots of devices connected to the internet at once. In many areas, starting prices for cable internet plans are less than what you’ll pay for satellite internet. Cable, however, is not available everywhere. Just over half of rural areas have the option to choose cable broadband, according to the FCC.

Satellite internet is good for:

DSL internet is good for:

Satellite internet is available nearly everywhere, including places where DSL isn’t a choice or for households far from the central hub that experience super slow DSL service. It lets you get internet now, instead of waiting for an internet provider to run wires or cables to your neighborhood.

In general, however, DSL is faster than satellite. Its speed is more consistent, and the latency is significantly lower. For gamers, this means less lag time for real-time first-person gameplay. Because DSL transmits data through a home’s telephone line, you don’t need a satellite dish installed. You also can buy equipment to run DSL, whereas you must rent equipment from satellite ISP.

U.S. News 360 Reviews takes an unbiased approach to our recommendations. When you use our links to buy products, we may earn a commission but that in no way affects our editorial independence. 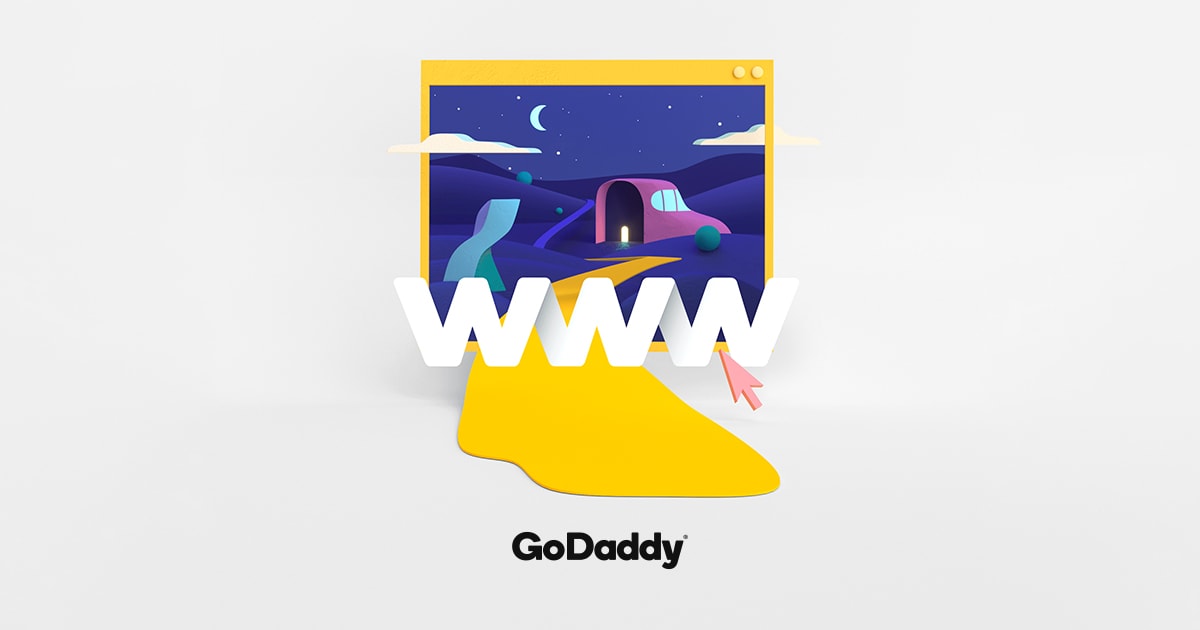