Principal Martha Gomez of El Sereno Middle School on the Eastside of Los Angeles flashed a smile as she pleaded with parents to stay positive during a first-ever school-wide online assembly.

“This is something new for all of us,” she said. “We ask for patience.”

This week in the nation’s second-largest school district, parents and students powered up computers for some 1,400 Zoom assemblies. They met their teachers in online introductions Wednesday. On Thursday at 9 a.m. sharp, hundreds of thousands of children are expected to log on for class — as these early days of the new academic year reveal an imperfect, and at times poignant, picture of the distance-learning challenges confronting educators and families.

Mothers and fathers crouched with their children and smiled into screens. Children dwarfed by large office chairs waved at friends. A mother prepared a meal in the kitchen. And the most basic questions flooded into chat rooms:

“When is the first day of school?”

“Where do I get my PIN number?”

“Will there be textbooks?”

“I reported problems with my daughter’s keyboard, but I have not had a return call.”

Across the massive Los Angeles Unified School District, a handful of recurring themes echoed throughout the week. Educators understand that many students, after campuses closed in March, stopped turning in work and were absent from hastily organized online classes. During assemblies this week, principals felt it was vital to repeatedly emphasize attendance and participation.

Many parents, meanwhile, said they were already having technology problems and asked about where they could get help. Others just wanted to know when children will be allowed to return to school — or at least to socialize with other children.

Educators did their best to answer the onslaught of questions, at times presenting a deluge of slides packed with information.

At Patrick Henry Middle School in Granada Hills, Principal Maria Elena Rico-Aguilera broadcast her assembly from the schools’ library, where she sat alone with a can of watermelon soda. A campus wall calendar still showed March — the month of the shutdown — and staff members had stacked sets of books on long tables as a steady trickle of families came by to pick them up or to grab a computer for use at home.

But not long into the presentation, a few students hijacked the meeting’s chat function for personal conversations, forcing the school to disable it. In an interview, she recounted how several especially eager students had been panicking because they could not sign on to classes. Formal instruction, she said in the interview and the assembly, would not begin until Thursday.

At Holmes Middle School in Northridge, Principal Kim D’Aloisio sat at a table in the cavernous auditorium for her virtual assembly. Other members of her staff were spaced apart in the far reaches of the room. D’Aloisio gauged students’ attention with snap quizzes on topics she’d just gone over — such as digital citizenship and safety.

“When should you meet up with someone you met online?” she asked. The answer: “cautiously with parent permission.”

Students had about 10 seconds to answer each question, and the top five scorers won gift certificates to a fast-food restaurant.

“You can’t engage them when you’re just delivering information at them,” D’Aloisio said after the session. “We can’t really see their faces with 300 students, but we know from looking at their responses that they’re doing what they’re supposed to be doing.”

Across the district, teachers and school leaders are looking for ways to ensure that students are present and engaged this fall. In the spring, some families talked of feeling abandoned by teachers and schools. Teachers recounted near desperate and ongoing efforts to contact families and keep students attending online sessions and turning in work.

To help change things, teachers and principals across the district have emphasized the importance of getting students to turn on their cameras to track participation. One high school principal issued a school rule for the online time: “Be appropriately dressed.”

“The biggest unknown is: Are the kids going to access the live instruction at the expected time?” D’Aloisio said. “And then, are we going to be able to reach out to 100% of the students to engage them in their learning? Normally, we can see them and see how they feel.”

In a district-mandated training video for teachers, UCLA education professor Tyrone Howard reminded educators to emphasize compassion — and advised them not to obsess over whether students turn their camera on. Students might not want to be judged over their living situation. It may take some time for teachers to build the trust necessary for students to feel comfortable allowing video cameras into their home, he said.

At Manchester Avenue Elementary School on Wednesday afternoon, fifth-grade teacher Gladys Alvarez held a virtual meet-and-greet for students and parents from inside her classroom.

She wore a green “Just Teach It” school shirt with a black mask and headset. She had decorated her classroom to look just like it would have if students were there in person, with a giant U.S. map with yellow bus stickers across several states, instruction cards on how to properly listen, and manuals explaining literature genres such as nonfiction, science fiction and mystery.

“I wanted them just to get the feel of being in the classroom, and having the background of our personal classroom just makes it a little bit more normal,”Alvarez said.

As her students checked into the meeting, Alvarez played a virtual promotional video that provided a tour of the campus and highlighted some school successes.

During that first encounter, she and her students had to deal with technical glitches and inexperience — very likely a common occurrence throughout the vast school system.

A poll asking students how they felt about online learning did not pop up as expected, so Alvarez placed a link to the survey in a virtual chat. She then attempted to speak to students directly, but students initially forgot to unmute themselves.

Later, Alvarez emphasized to her students the importance of being in school.

At Panorama High School, new Principal Joe Nardulli smiled nervously as he explained to parents that the school was having technical difficulties with its online assembly.

There was supposed to be an option for Spanish translation, but it didn’t immediately appear and then it didn’t work. And when an administrator tried to play a video, he was denied access to it.

Still, Nardulli and his staff pushed through and tried to answer as many questions as possible.

Some students had concerns similar to what they’d have in any year — they wondered about the possibility of changing an elective and how best to contact advisors and counselors. But students and parents also had several questions about using the district’s online learning platform, Schoology.

Nardulli did his best to assuage any fears. And he tried to remind students that they can still participate in extracurricular activities, even if they are from afar.

At El Sereno Middle School, the school on the Eastside where Principal Martha Gomez started her assembly with a plea for positivity and patience, administrators were quickly tested when, about halfway through the session, a few students took over the chat room.

“Is she thinking that we’re little kids,” another commented.

Assistant Principal Virginia Oropeza admonished them to save the chat for questions they needed answered. But the students continued until the chat was disabled.

“You need to be on your best behavior, please,” Oropeza said into the screen. “Reach out if you feel overwhelmed.”

Before signing off, Gomez returned to the message with which she’d started the meeting, reminding participants of the new school year motto: “Practice patience and grace.”

Mon Aug 24 , 2020
IRVINE, Calif. (KABC) — When protesters took to the streets in support of Black Lives Matter, a group of Orange County high school students took to their computers. They created BLM Supply Crate Dot-Org, a website linking donors of Personal Protective Equipment with the protesters who needed it. “There were […] 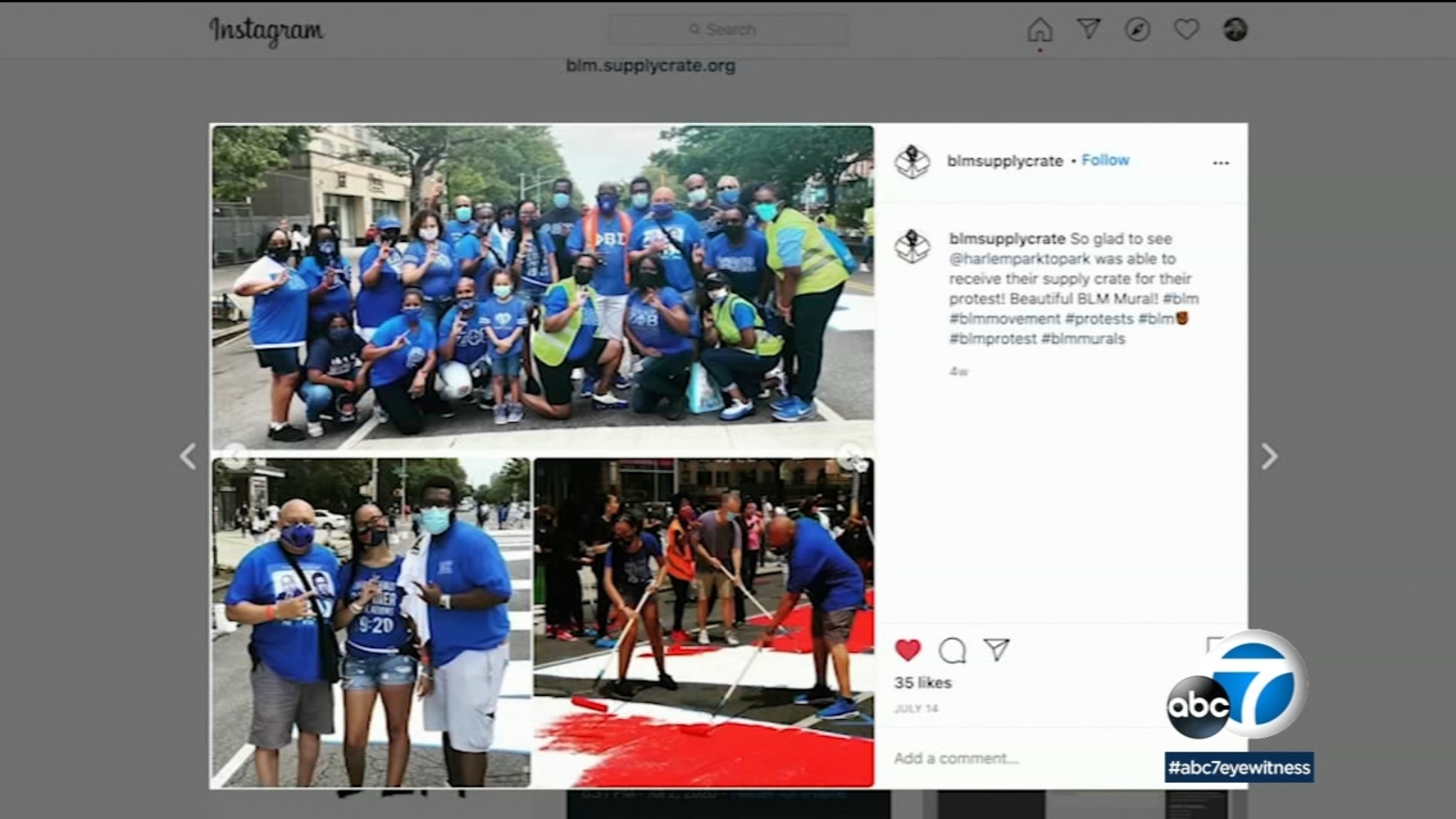