Similar in appearance to the IBM 5100 from five years earlier in 1975,
the Hewlett-Packard HP-85 is an all-in-one portable computer system with a built-in keyboard, 5″ screen,
thermal printer, tape storage unit, and the BASIC programming language.

With its top off, it can be seen that the HP-85 has a clean and simple layout.

On the left is the monitor and display circuitry, on the right is the thermal printer and
tape storage mechanism.

The main motherboard is beneath the keyboard, shown here folded up. Except for the eight memory chips,
all of the chips are custom HP designed.

There are four ports on the back for expansion carts.

The HP-85 has a custom Central Processor (CPU) from Hewlett-Packard which runs at a slow 613KHz. Why? HP says:

Released in 1982, the low-profile HP-86 personal computer offered users more options and expandability than the HP-85, which had been introduced two years
earlier. It has no internal display, printer, or data storage – all of these are now external peripherals.
The HP-86 came standard with 48K of RAM.

In 1982, Hewlett-Packard released the HP-87 computer, as seen here to the right.

It sacrificed the built-in printer and tape backup for the extra-wide video screen.
The HP-87 is capable of displaying 80 columns X 16 rows of text, as well as 400 X 240-dot graphics,
on a unique high resolution display.

Return to the Obsolete Technology Homepage

Sun Apr 12 , 2020
Mobile phones are now present everywhere. They have become an essential part of the daily lives of billions of people all over the world, from all walks of life. As of 2020, there are 3.5 billion smartphones being used across the globe. According to a report by Statista, there are […] 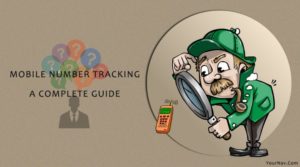