I may be a meer 23-year-old born in the 90s, but I still remember the good old days before smartphones, Instagram and tablets took over our lives. Before technology, people use to talk to each face-to-face and meet up without texting “I’m here” first… if you can believe it! However, […]

I may be a meer 23-year-old born in the 90s, but I still remember the good old days before smartphones, Instagram and tablets took over our lives. Before technology, people use to talk to each face-to-face and meet up without texting “I’m here” first… if you can believe it!

However, when I think back to the Commodore 64 that was kept in the dining room, I suddenly realize how far we have come in such a short space of time.

sales-i has to be thankful for the developments in technology as, without it, we wouldn’t be here. As a small tribute to the boffins who are constantly innovating and enhancing technology, I’d like to share a few before and after shots of our most used gadgets. Hold on tight, we’re going back in time! 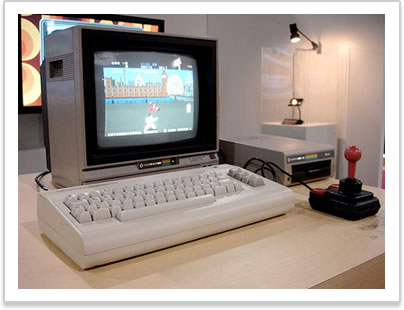 If you arrived at work and saw this ancient-looking piece of machinery sat on your desk, you would wonder what on earth you had done to deserve this punishment. But this really is how computers use to look in the 1980s (joystick and all!). The clunky keyboard could be heard from the whole neighborhood, but the 64kb of RAM was as frightening as a sleeping puppy.

The Commodore 64 is as retro as they come but is still listed in the Guinness World Records as the highest-selling single computer model of all time. With support for multicolor sprites and a custom chip for waveform generation, the C64 could create superior visuals and audio compared to systems without such custom hardware. 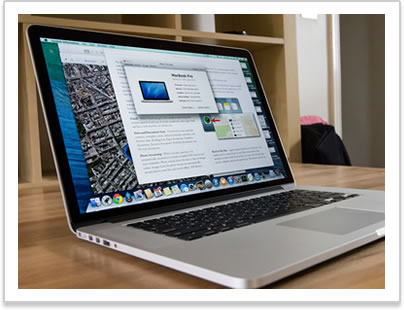 Fast forward a few decades… and you have the sleek and supersonic speed machines that are not only powerful but portable too! They’re the workhorse of the business world and the central hub of the household. How could we ever live without them?

The Macbook Air, for example, is so thin and light that you wouldn’t notice the weight in your backpack. From Retina display, True Tone Technology, Touch ID and all-day battery life, it’s no surprise that we rely so heavily on modern computers to run our entire livelihood from. 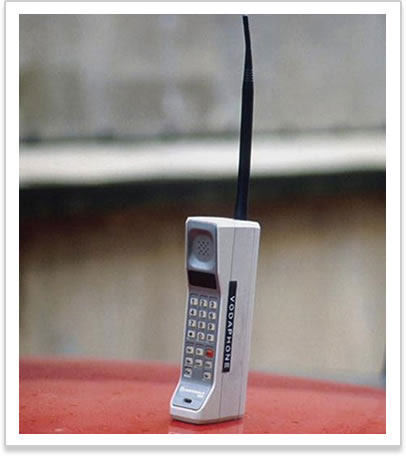 Picture this, you’re sitting in your favorite bar with friends, deep in conversation, until you all hear this piercing ringtone. Everyone checks their smartphones, shaking their heads to indicate it’s not theirs, but then you pull out this monstrosity out of your jacket pocket, and suddenly the whole bar fills with laughter. Back in the 80s though, this was technology at it’s best.

That aerial must have been uncomfortable in your pocket though.

Originally, mobile phones weren’t really mobile phones at all, they were two-way radios that allowed people like taxi drivers and emergency services to communicate. It was only when Motorola mass-produced the first handheld mobile phone, that technology started to develop. 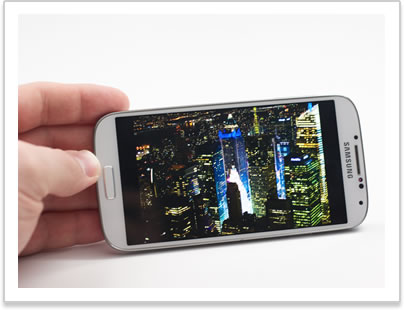 Seriously, how can the latest smartphone have 32,768 times more RAM than my Commodore 64? But it does. The smartphone of today is not so much a phone anymore but a PC in your pocket – essential for our everyday tasks (Candy Crush not applicable).

Most of us feel as though we wouldn’t survive without our mobile phones but in reality, mobile phones as we know them have only been around for the best part of 20 years. Even flip phones will feel like a distant memory to some of us! 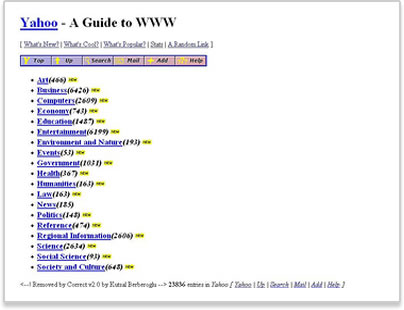 Unfortunately, websites didn’t make their mark until the early 90s, and back then webpages were mainly basic text. Forget polished designs that look aesthetically pleasing, the best you got is a list of Times New Roman directing you to the next static page, and who knows how long that would take to load? 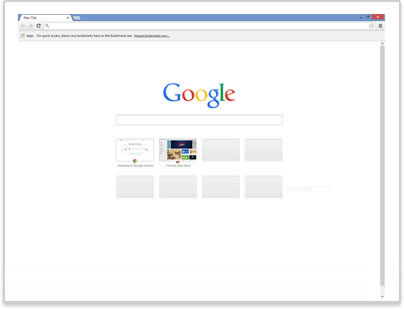 Fast forward to 2019 and there are over 1.94 billion websites in the world. The Internet is now the place where over 92% of people look to first for their answers, with a growing rate of 11 new users per second. A small company called Google (you may have heard of it?), who is valued at a measly $300 billion dollars, helps this along. 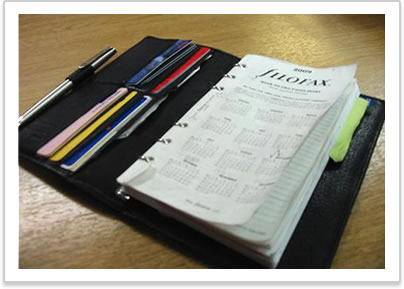 In the 90s, tablet devices consisted of pen and paper, and more importantly, the Filofax. Across the business world, people would be planning their sales meetings, storing their contacts and keeping all their important information all in one place. And for those that owned a Filofax would know just how easy it was to lose contacts, details or the entire thing altogether.

(You get a point if you remember Dell Trotter carrying a Filofax on ‘Only Fools and Horses’ back in the 80s). 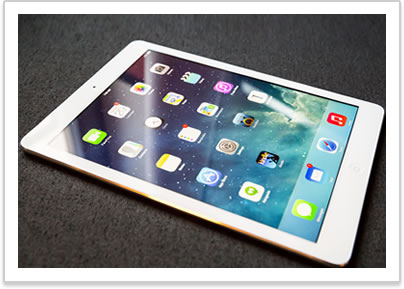 Nowadays, you could scan a room and spot at least 3 different types of tablets, whether that’s an Ipad, Kindle or Samsung Galaxy Tab S6 – or whatever the latest model is! Not only have they replaced the trusty Filofax, but they’re also replacing the computer too. You can power your entire business and livelihood from one smart tablet, much like you would on your PC… but more compact. Everything that your Filofax once kept safe (and much more!) can all be accessed on your tablet within seconds – no more flicking through from A-Z, that’s for sure. 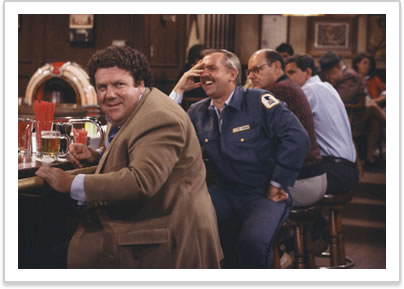 In the 90s, social media looked VERY different. In fact, it’s almost unrecognizable! People actually use to meet up in a public place (yes, that does mean outside the house) and talk to each other without a mobile phone in sight. Weirdos!… 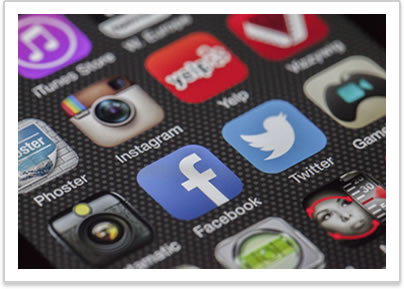 It’s all too easy to catch up with your friends and family over social media. They post pictures to update the world on how their life is going and you comment back with a smiley face and thumbs-up emoji. But when did we stop actually speaking with people face-to-face?

Social networks are becoming ingrained in our daily lives. From promoting businesses to arranging a get together with friends and everything in-between. Social networks will only continue to grow in the future, and for both our professional and personal lives, it’s important for us to evolve too.

So… what happens next? What will the next generation of technology bring us? Will we be flying around in hover cars or crossing the oceans with a jet pack? (That would be pretty cool!).

Forecasting the future of technology is for dreamers who hope to innovate better tools – much sales-i – and for those who hope to benefit from the new and improved, but what is involved in that future?

According to Terri Briseno for HowStuffWorks, predictions such as Neurohacking (reading people’s minds with machines) and elevator rides up to the stars are on the cards. Future Timeline, however, has their own predictions; by 2031, chocolate has become a rare luxury and just 4 years later there will be definitive evidence of life beyond Earth.

And on that note, we would love to hear your predictions or your then and now experiences (or both!). So, share them with us in the comments section below and we’ll look forward to reading them! 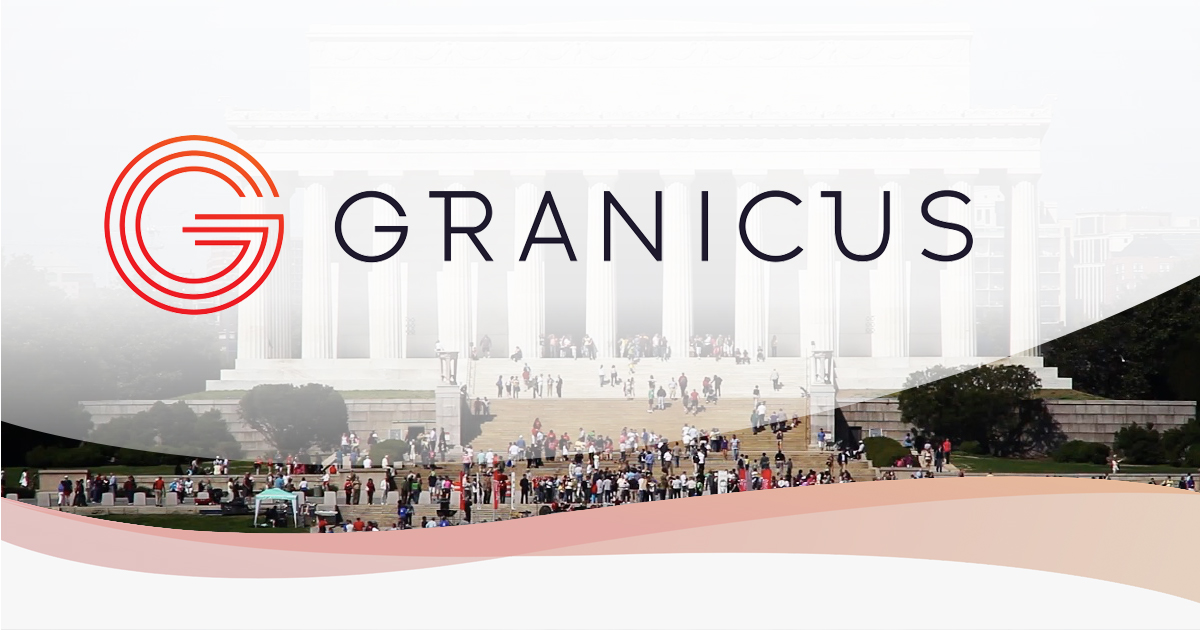