It’s been used for decades to create all sorts of practical effects. Phil Rhodes celebrates the Le Maitre Mini Mist fog machine.  Part of the purpose of considering gear we like is to celebrate the success of things that have stood the test of time. Our subject today is a […] 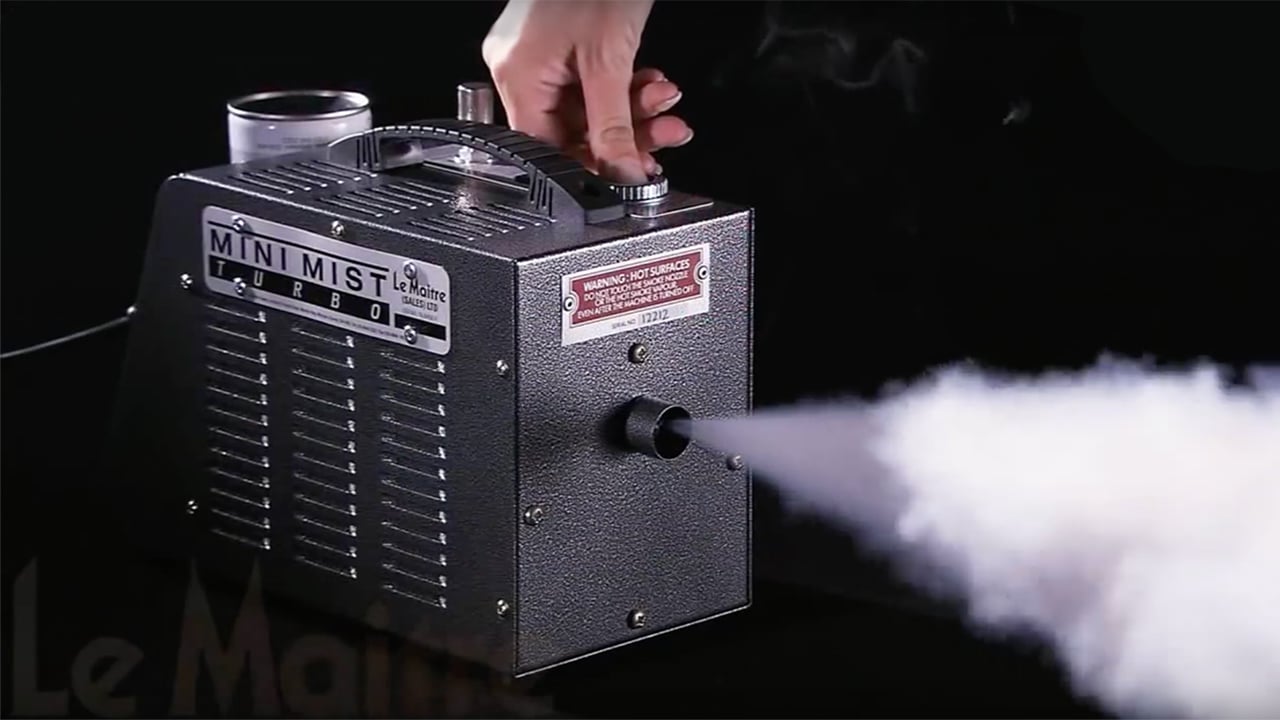 Part of the purpose of considering gear we like is to celebrate the success of things that have stood the test of time. Our subject today is a well-known example because Le Maitre has been manufacturing variations on the Mini Mist for decades. It is not an embodiment of the very zenith of modern technology, but it does some unique things which should endear it to camera people seeking to represent fires, explosions or perhaps simply that slightly atmospheric interior that seems to be part of the current period-drama milieu. 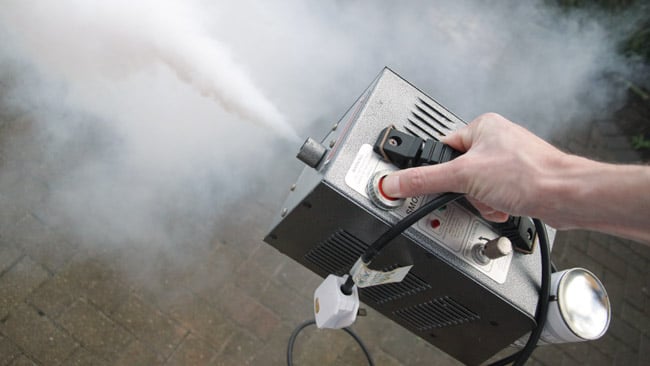 Most fog machines (by the sheer count of disco foggers sold) work in essentially the same way. A fluid, usually a mixture of glycol or glycerin and water, moves under pressure down a small diameter tube that runs through a heater, where it vaporises, then escapes into the air and condenses into a visible cloud. It’s definitely one of those things that’s simple in concept but touchy in execution. The aim is to vaporise the fluid, not burn it, and so it’s really a misnomer to call such a thing a “smoke machine” because smoke entails burning. Equally, it must not run too cool, which will result in a messy splatter of liquid and vapour coming out of the business end. Locations do not like their carpets stained with fog fluid, so accurate temperature control is crucial. 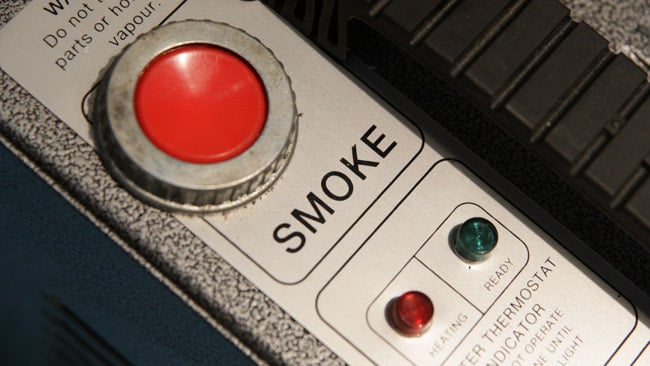 Naturally, the Mini Mist deals with all this without a second thought, and what makes it special is the detail of how this approach has been implemented. Most machines use an electric pump, somewhat akin to an electric fuel pump in a car, to push the fluid through the heater. The Mini Mist, on the other hand, uses fluid supplied in aerosol-style pressurised cans, so that it can work without power for as long as the heater block is up to temperature. Control is via an adjustable valve, which allows the user to increase or decrease the density of the fog, and a pushbutton valve to start the discharge.

Le Maitre specifies the Mini Mist to stay hot for 20 minutes without power and each aerosol can is good for six minutes’ worth of continuous discharge, although you’d need an extremely roomy or well-ventilated location for six minutes of continuous discharge to be necessary. This off-mains portability is why the Mini Mist is particularly good for film and TV work where we often have the need to make very specific things happen without much warning. It’s possible to place fog accurately for a scene – to suggest a recent explosion, perhaps – using a unit that’s small and handy and doesn’t need constant access to the mains.

The compromise is that it’s less energetic than more upscale devices using powerful electric pumps, although Le Maitre makes those too. Some machines will fire a jet of fog across a room with sufficient force that they can be used to convincingly simulate the exhaust of a shoulder-fired rocket launcher and a Mini Mist won’t really do that. Equally, it’s much more capable than the cheap, nasty disco foggers sold by electronics retailers. People worry about the cost of the fluid since it’s proprietary, and to be fair it’s not the cheapest way to maintain a level of haze in a location all day. Still, at £6 a can (in twelves) it’s clear that the company is not trying to leverage the consumables like a printer manufacturer. The unit itself sells for around £780, though they regularly come up used for far less. 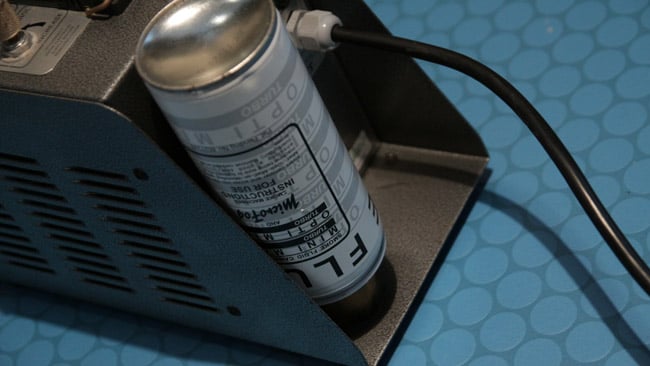 An aerosol can provides pressure, meaning the Mini Mist needs no electric pump

The Le Maitre Mini Mist is Gear We Like. In the end, it’s a simple in concept but full of good ideas and a quality implementation that has made it a popular tool for practical effects people for decades.

Wed Sep 23 , 2020
U.S President Donald Trump is seen on a video screen remotely addressing the 75th session of the United Nations General Assembly, Tuesday, Sept. 22, 2020, at U.N. headquarters. This year’s annual gathering of world leaders at U.N. headquarters will be almost entirely “virtual.” Leaders have been asked to pre-record their […]