Penn State recently laid off 30 Information Technology employees in a move that took many by surprise, according to several sources and the university. Load Error A university spokesperson confirmed Thursday morning that 31 positions were eliminated but 30 employees were laid off because one affected employee moved into another […]

Penn State recently laid off 30 Information Technology employees in a move that took many by surprise, according to several sources and the university.

A university spokesperson confirmed Thursday morning that 31 positions were eliminated but 30 employees were laid off because one affected employee moved into another open position. Three sources, who spoke on the condition of anonymity because they were not authorized to speak, characterized the layoffs as sudden and unexpected.

Sources said the layoffs occurred Sept. 30 and/or Oct. 1, the same day Donald J. Welch permanently took over as the vice president for Information Technology and chief information officer. Welch, who previously served as the interim IT VP/CIO, acknowledged in an email he was involved in the layoffs and said “reduction planning” started in the spring.

A university spokesperson issued a written statement Thursday morning in response to an inquiry from the Centre Daily Times.

“Penn State is striving to be affordable and accessible. Efficiency in IT operations is an important contributor,” spokesperson Wyatt DuBois wrote. “After careful assessment, IT leaders determined where they could reduce personnel consistent with the IT priorities to continue performing mission critical work and continue to serve Penn State now and in the future.

“Workforce levels were reduced by 30 employees, including the elimination of some units. IT senior leadership has taken numerous other actions to enhance efficiencies, such as eliminating planned renovations and deferring maintenance.”

University President Eric Barron previously projected Penn State’s loss this year at somewhere between $130 million and $150 million due to COVID-19.

Two sources told the CDT the layoffs involved a number of long-term and middle-management employees. And all three sources said the “Reduction in Force” took them by surprise.

“Like having the wind completely knocked out of you,” one source said. “There are many employees with children in public school and college that have been blindsided.”

The nature of any potential severance packages was not made public. The university declined to address the issue when asked by the CDT.

How To Create a Blog in Seven Easy Steps 2020

Mon Oct 12 , 2020
How To Create a Blog For Free You can create a blog for free – but you probably wouldn’t want to, for a few reasons. Ads on Your Site Firstly, you’ll be lumbered with adverts for whichever blog platform you use. This might be simply a line at the bottom […] 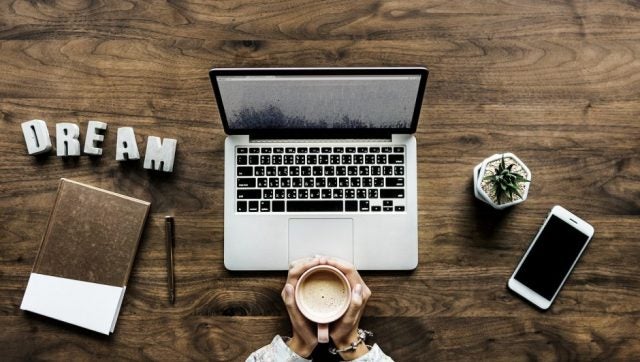