March 20, 2020 Critical server outages cost businesses an average of $300,000 hourly, with many cases exceeding $5 million. As network demands increase and maximum uptime becomes a necessity, it is crucial to implement the proper processes and systems to ensure organizations constantly are able to mitigate the threat of […]

Critical server outages cost businesses an average of $300,000 hourly, with many cases exceeding $5 million. As network demands increase and maximum uptime becomes a necessity, it is crucial to implement the proper processes and systems to ensure organizations constantly are able to mitigate the threat of outages. A host of factors can cause network or system downtime. [More…]

Zorin OS 15.2, released on March 8, adds an impressive selection of upgrades and improvements to an already well-oiled Linux operating system. Since its debut in July 2009 Zorin OS cofounder Artyom Zorin has hawked his distribution as an ideal Microsoft Windows replacement. That description is a strong selling point for this easier-to-use computing platform. [More…]

As companies send employees home in an effort to curb the spread of COVID-19, cybersecurity experts are warning that telecommuting could be putting company assets and data at risk. There are a number of precautions that employees working from home should consider to ensure that sensitive data isn’t compromised by cybercriminals taking advantage of the health crisis. [More…]

COVID-19 researchers have a new source of distributed computing power: crowdsourcing. Usually crowdsourcing involves information or opinion gathering, but in this case it involves computing power. By installing the [email protected] software program, anyone with a computer, gaming console, or even some phones and compute cycles to spare can contribute to the work of coronavirus researchers. [More…]

Open Source software, once the scorn of Microsoft and profit-seeking software developers, is playing an active role in efforts to combat COVID-19’s spread. Several open source projects are assisting health providers and helping people mitigate some of the hardships associated with the pandemic. Often, open source accomplishments in the public health and government services fields go unreported. [More…]

Project Baseline, a new website to facilitate screening and testing of people potentially infected with the COVID-19 virus, became available on Sunday. Verily, a company owned by Google parent Alphabet, launched the site. Assistance currently is limited to residents in two counties in the San Francisco Bay Area. Verily also is working with authorities to establish testing sites. [More…]

We are up to our armpits in COVID-19, also known as “coronavirus,” concerns. While the technology market could be devastated by it, there are several things tech players could do to mitigate the damage. Aside from having people work from home and stand six feet apart, the industry could take several innovative steps to mitigate the first manageable pandemic in the world’s history. [More…]

Microsoft and partners have disrupted the Necurs botnet group blamed for infecting more than 9 million computers globally. There are 11 botnets under the Necurs umbrella, all apparently controlled by a single group, according to Valter Santos, security researcher at Bitsight, which worked with Microsoft on the takedown. Four of those botnets account for about 95 percent of all infections. [More…]

The United States Office of Personnel Management last week urged agencies to prepare to allow federal employees to telework — that is, work remotely.This came on the heels of the Department of Homeland Security closing its facilities in Washington state, after learning an employee had visited the Life Care facility in the city of Kirkland, which is ground zero for the state’s COVID-19 outbreak. [More…]

Open source vulnerabilities rose by nearly 50 percent in 2019 over the previous year, based on a new report. Common vulnerabilities rated as high or critical severity were found in all of the most popular open source projects, according to the WhiteSource 2020 annual report, “The State of Open Source Security Vulnerabilities.” The vulnerability rate is expected to continue rising. [More…]

Someday a future Monty Python comedy troupe will reprise the plague scene from the Holy Grail in which a character pushes a cart through a street shouting “Bring out your dead!” only to discover one who isn’t dead yet. What will be funny about our era? Perhaps it will have something to do with overreacting to the situation by reordering society, as some have suggested. [More…]

A number of VPN and ad-blocking apps owned by Sensor Tower, a popular analytics platform, have been collecting data from millions of people using the programs on their Android and iOS devices, according to a report. The software involved includes Free and Unlimited VPN, Luna VPN, Mobile Data, Adblock Focus for Android devices, and Adblock Focus and Luna VPN for iOS hardware. [More…]

Chromebooks with the right stuff inside now are able to install and run a complete Linux experience with the KDE desktop without giving up the Chrome OS on the same device. It is not yet flawless, but it does create a hybrid computing platform that lets Linux and Android apps coexist on top of the Chrome OS. You can run a complete Linux graphical environment with the KDE desktop. [More…]

We apparently have no immunity to COVID-19, and a vaccine likely is around 18 months away. It takes a while to change human behavior, but if we go a full 18 months or more with people working from home and avoiding places like malls, big box stores, and other areas where people congregate — like offices and events — it will force a fundamental, permanent change in the way we work and interact. [More…]

Shfty/inspector-gadget: A general-purpose GDScript inspector UI for building your own editors inside Godot.

Sat Mar 21 , 2020
A general-purpose GDScript UI for building editor functionality inside Godot. Overview Inspector gadget is a set of GDScript UI controls designed to read and write object properties at runtime. It extends the standard get_indexed() function from the Node class with support for arrays and dictionaries, allowing for fully-recursive property visualization […] 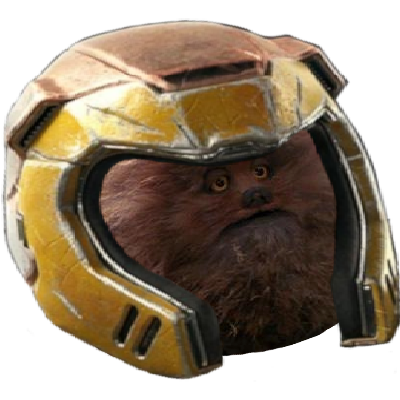