One of the most marked developments in the field of telecommunications and technology in the last few decades has been enabling people to get in touch with one another quickly, through numerous means, while on the go. Communications and its ever-strengthening connection to mobility has become the most significant telecommunications development of recent years; allowing people to juggle daily schedules, home life and work. Major tech companies like Apple, manufacture such devices and constantly develop them so that they continue to meet new organisational challenges presented during the course of every day life. Statistics dealing with the telecommunication industry display many current and exciting trends in this field.


Wireless telecommunication was first achieved with the invention of the radio at the beginning of the 20th century. This revolutionized and significantly sped up communication over long distances, as a new, quick way of sending and receiving information. Telecommunications, in its most basic, simple form consist of a transmitter, a transmission medium or channel and a receiver. Nowadays, however, this lucrative, complex and secretive industry is an ever raging battle for intellectual property, patents, court cases and injunctions. All deemed necessary to retain an edge in the market.


Telecommunication statistics on worldwide revenue from telecommunications services paint an interesting picture of the ever-changing, constantly developing industry and include a forecast of developments to come. In 2011, over one trillion euros of revenue was generated in the telecommunications industry. In just three years’ time, this figure is expected to continue to rise and rise. Worldwide revenue from telecommunications equipment also gives an impressive overview of the industry. Back in 2005, revenue stood at 196 billion euros. In 2011, this figure had grown to an astonishing 256 billion euros. In 2014, revenue is expected to further rise to 274 billion euros. The general trend over the years has been in the direction of growth; to date, there doesn’t seem to be any sign of a stall in growth.


There are several large telecommunication providers in Europe, among them: Deutsche Telecom, Telefonica, Vodafone, France Telecom, Telecom Italia. As of 2009, Germany’s Deutsche Telecom topped the list with revenue of over 64 billion euros. Spain’s Telefonica followed with over 56 billion. In fact, according to statistics, Europe has consistently shown the highest revenue in telecommunication services by region over the last six years. In 2010, 317 billion euros were spent in this area in Europe, compared to 239 billion in North America.


Based on figures on wireless operating revenue of major U.S. telecommunication providers, Verizon led the industry with revenue of over 63 billion euros in 2010. AT&T followed with 58.5 billion euros in revenue. The number of active mobile broadband subscriptions worldwide rose from 73 million to over one billion in the last six years alone. As of September 2011, the number of mobile phone subscriptions was led by China Mobile, which had more than 633 million subscribers, Vodafone in the UK followed with 391 million, while Deutsche Telecom was trailing with 128.5 million.

Sat Mar 28 , 2020
Gadget Gadget was an exploratory robot used by the crew of the human Mars colony, Bowie Base One, in 2059. It was created and operated by American base technician Roman Groom. Biography Edit Roman Groom created Gadget using parts from the drones which originally constructed the Bowie Base One. It […] 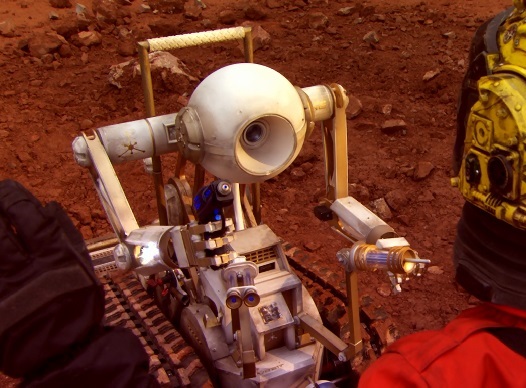