Like all great inventions, SXSW Interactive in Austin, Texas, has gone through its Gartner Hype Cycle. First came the buzzing hyperbole. In 2007, a startup called Twitter took SXSW by storm, and one year later, Mark Zuckerberg was grilled in a interview (deemed either disastrous or sexist)  by journalist Sarah Lacy, generating wild enthusiasm for Facebook as the new, big media […]

Like all great inventions, SXSW Interactive in Austin, Texas, has gone through its Gartner Hype Cycle. First came the buzzing hyperbole. In 2007, a startup called Twitter took SXSW by storm, and one year later, Mark Zuckerberg was grilled in a interview (deemed either disastrous or sexist)  by journalist Sarah Lacy, generating wild enthusiasm for Facebook as the new, big media platform. Were you there? Did you hear Zuck speak? If you worked in media, SXSW Interactive each March — a thought-leadership series far different than the concurrent music and film SXSW carnivals — was the place to be.

And then the buzz collapsed. Big brands crept in, taking over entire buildings with “activations” and with their slickness eroding SXSW’s cool. Some of this was positive: The 9:1 male-female ratio of the conference’s early days became more 50:50, and the exaggerated hoopla over every little app launch (Foursquare, Gowalla, Color, Meerkat) was replaced by serious discussions on the future of media. But ironically, as SXSW matured, the new luxury hotels craning upward around Austin drove the hip kids away.

We visited SXSW Interactive this weekend after a year hiatus, and found 2018’s Interactive schedule richer in content, the crowds calmer, the lines more organized. SXSW has shaken off its doldrums, put on a professional jacket, and seems past its awkward puberty. The conference has matured into a 5-day crash college course on all things digital, technological, data and communications. The truth is neither the original hype nor the past few years’ critical despair over SXSW were accurate. Like any massive educational curriculum, you get out of SXSW what you want, depending on how you show up for class.

A few highlights from our journey this week:

Hearables are the next big thing

Poppy Crum, the engaging chief scientist at Dolby, gave an amazing speech on the future of augmented reality driven by our ears. (Crum gets props for keeping her cool as the audio-visual system supporting her kept collapsing in the just-opened, glitchy Fairmont hotel. At one point, she managed to joke with the crowd while holding two microphones and working with a technician on stage to reboot her laptop.)

Crum’s insight is powerful: Human ears are both input and output devices, and may become the center of mobile technology in the future. For input, sensors can now use signals from human ears to determine a person’s heart rate, blood oxygen level, galvanic skin response, stress levels, emotional stage, and even the direction of the eyes and attention — allowing ear devices to become more accurate than eye sensors in determining where you are looking, what you are trying to do, and your emotional state about it.

For output in response, sound engineers can “close the loop” by augmenting hearing (or other sensory inputs) to immediately help you accomplish a task. If you are walking alone on a dark street, the sensors could ascertain your stress level and magnify the sounds of people behind you for protection. In a crowded restaurant, sensors could determine you are trying to talk to that important person across the table, and amplify just her voice.

In a media world where VR and AR are largely considered visual, Poppy illustrated that sound, and our human ability to use it to direct our attention in the world, may be the real gateway to the soul.

Ironically, just as brands such as Mercedes touted the rise of additional “media time” each day that will be provided by Internet-connected or fully autonomous cars, several speakers warned that old “interruptive” forms of advertising are in trouble. Otto Bell, chief creative officer of CNN’s internal agency Courageous Brand Studio, noted that ratings for live events — typically the last bastion of advertising — have plummeted again this year for the Super Bowl, Academy Awards, and even the Olympics. Subscription services and on-demand streaming that skip ads are growing more popular, Bell said, “and the more people get used to an ad-free experience, the more painful interruptive advertising will seem.”

Bell’s solution is content marketing, which he defines as more deep than simply posting videos about your brand to your Facebook page. Instead, he means deep integration of stories that people will truly find interesting that reflect your brand’s own story, are emotional, and leave room for spontaneity. His studio at CNN, for instance, did a documentary-style video for Mass Mutual showcasing a young boy who was bullied and then adopted by a motorcycle gang. The gang members drove the boy to his first day of class, and used their machismo to grab the attention of everyone in school and teach them lessons on empathy. The video was framed by Mass Mutual’s own story, “people helping people,” and the jaded crowd in the SXSW audience wiped their eyes.

“Character-driven stories with the right narrative arc produce an emotional response that is then coded into long-term memory association,” Bell said. Isn’t that what marketers really want?

Tanya Dua, the lead reporter covering media at Business Insider, held a strong panel on “6-Second Ads” that pointed to another possible solution for marketers — use briefer interruptive ad formats. In television, spots that are 15 seconds or shorter now account for nearly 25% of all ad placements, and 6-second ads are often integrated on the screen next to ongoing content such as sports coverage. The panel agreed this format works best as a reminder mechanism for established brands, but certainly something to consider in the media mix.

The future of ambient media

Buried deep in a Google presentation on technology was the sharpest strategic idea of SXSW. Hector Ouilhet, head of Google Search design, and Laura Granka, head of UX for Google Search, suggested media is transitioning from three prior eras to a fourth human experience:

This is a big and challenging idea, because it means most of the device-based data systems marketers now use — TV ratings, digital cookie data, or mobile device fingerprinting — will become less useful as device interfaces grow more prolific. Any device-centric view into a consumer is only a fragment of his or her daily experience. Digital cookies or ratings alone will not capture the holistic patterns of your life.

In a 2025 world in which media is everywhere around you, and content turns on just for you as you walk past screens and audio ports and scores of different glass panel tools, data about you will be the only thing that matters. The challenge for marketers in this upcoming human-focused universe will be to find ways to connect all those data streams together.

SXSW Interactive remains a hotbed of ideas. Like ambient media, it surrounds attendees with almost too much information. But with careful planning, attendees can walk away with meaningful concepts to drive their business or knowledge in the future.

What is a quantum computer? 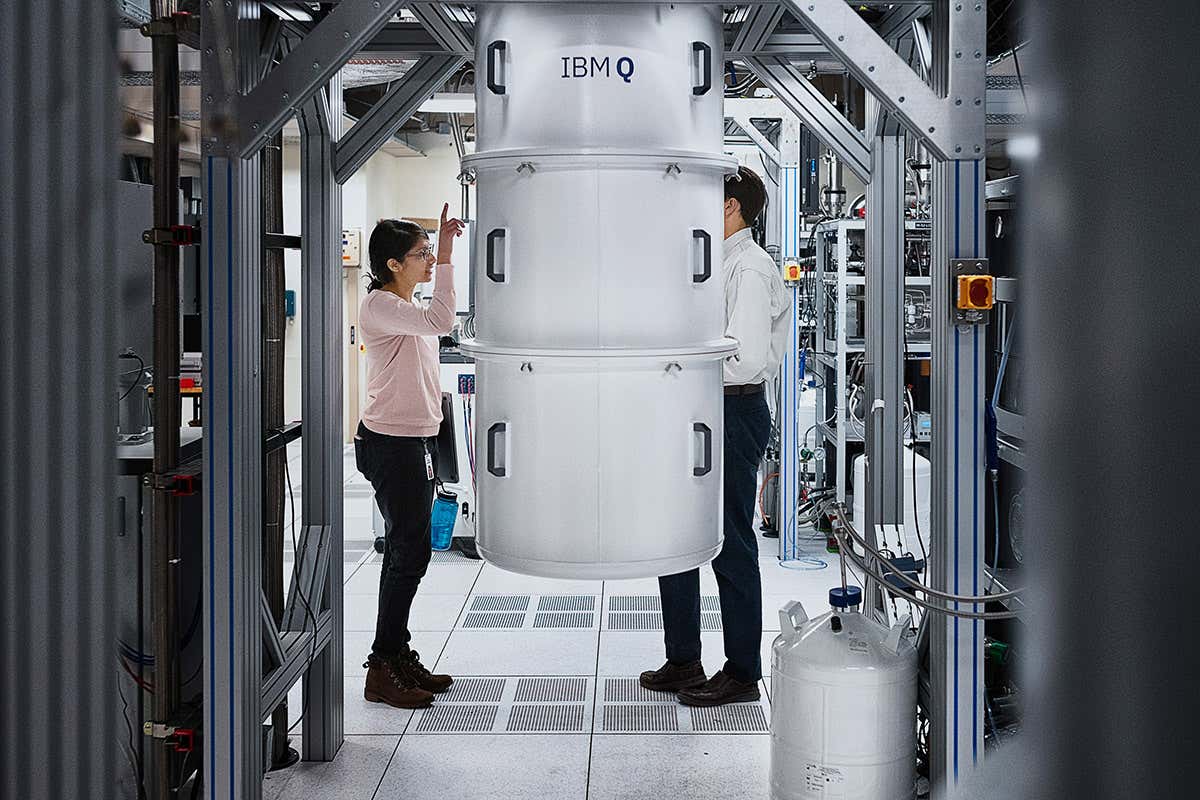