What is the Impact of Technology on Our Society? A Critical Analysis Like it? Share it! How has technology affected society? How has it influenced living? Well, while technology has made life easy, it has also made us lazy. Let us look at the positive and negative impact of technology […]

What is the Impact of Technology on Our Society? A Critical Analysis 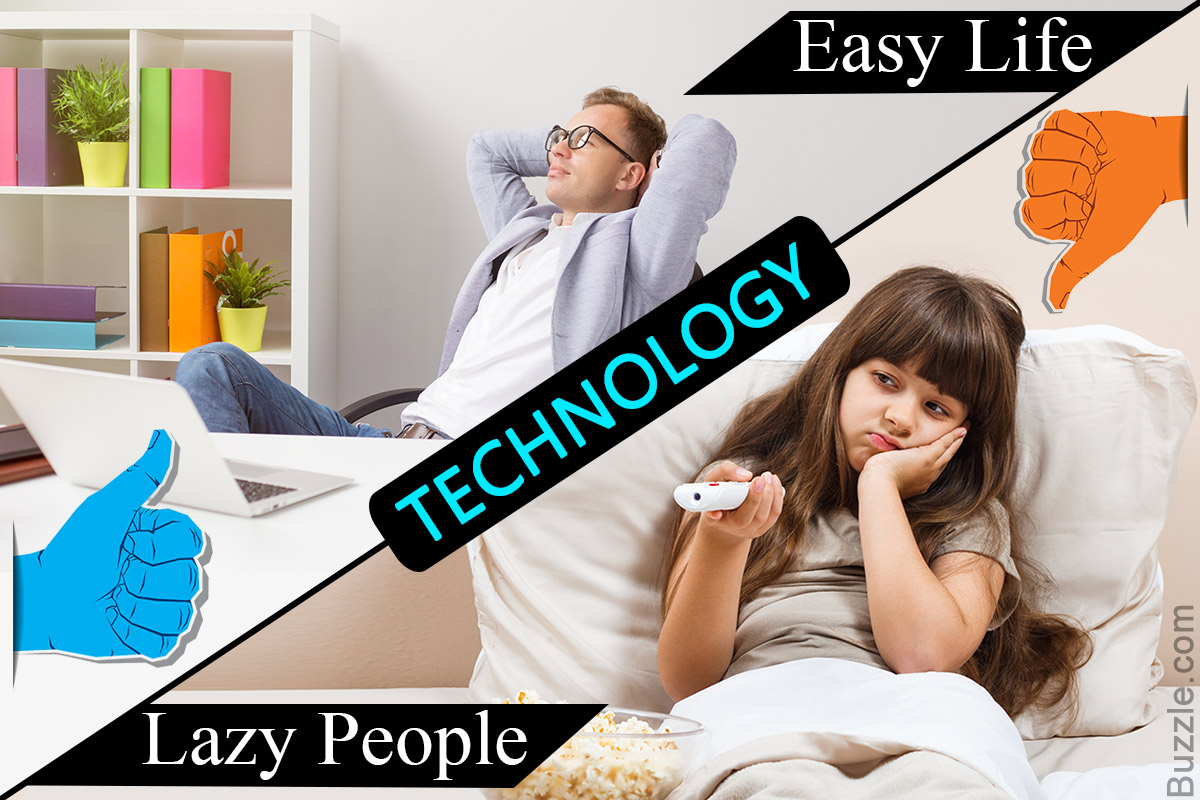 How has technology affected society? How has it influenced living? Well, while technology has made life easy, it has also made us lazy. Let us look at the positive and negative impact of technology on society.

Impact of Technology on Society

Would you like to write for us? Well, we’re looking for good writers who want to spread the word. Get in touch with us and we’ll talk…

Think of the days when there were no computers and no modern means of transport. Human life was highly restricted due to the unavailability of technological applications. Daily life involved a lot of physical activity. Life of the common man was not as luxurious as that of modern times, but he was more active. Exercise was integrated into routine physical activities. It was contrary to the sedentary lifestyle of today, which leaves no time for exercise and fills days with inactivity and laze. Today we don’t want to, and thanks to the advancement in technology, don’t even need to walk, move around, or exert ourselves physically to great extents in order to get things done. We have the world at our fingertips. 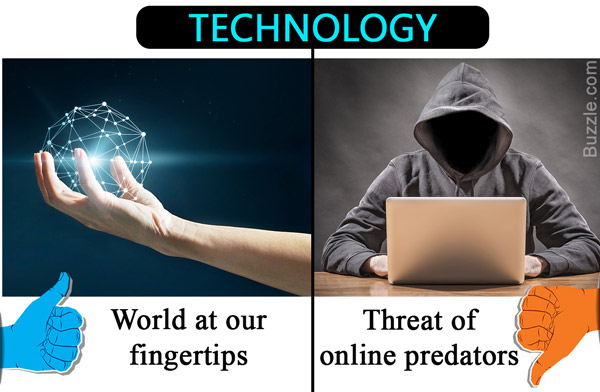 We think of technology as a boon to society. I am afraid; it’s not completely a boon. The Internet has bred many unethical practices like hacking, spamming and phishing. Internet crime is on the rise. The Internet, being an open platform lacks regulation. There is no regulation on the content displayed on websites. Internet gambling has become an addiction for many. Overexposure to the Internet has taken its toll. In this virtual world, you can be who you are not, you can be virtually living even after you die. Isn’t this weird? Children are spending all their time playing online and less or almost no time playing on the ground. Youngsters are spending most of their time social networking, missing on the joys of real social life. 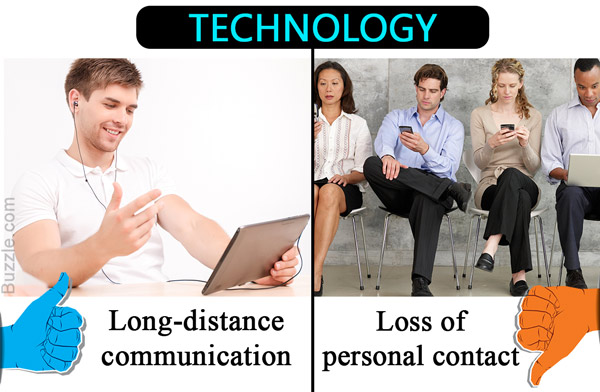 Think of the days when there were no online messengers, no emails, and no cell phones. Indeed cellular technology has made it possible for us to communicate over wireless media. Web communication facilities have worked wonders in speeding long-distance communication. On the other hand, they have deprived mankind of the warmth of personal contact. Emails replaced handwritten letters and communication lost its personal touch. With the means of communication so easily accessible, that magic in waiting to reach someone and the excitement that followed have vanished. 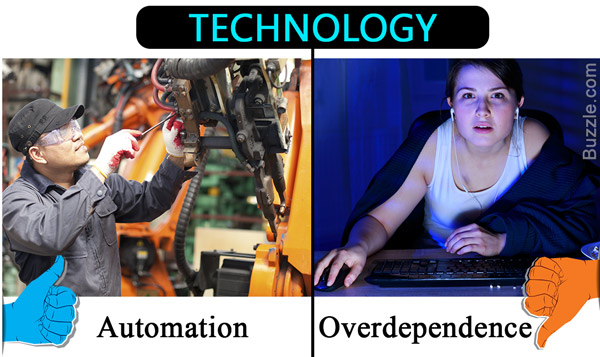 Moreover, we have become excessively dependent on technology. Is so much of dependency good? Is it right to rely on machines to such an extent? Is it wise to depend on computers rather than relying on human intellect? Computer technology and robotics are trying to substitute for human intellect. With the fast advancing technology, we have started harnessing artificial intelligence in many fields. Where is the digital divide going to take us? How is our ‘tomorrow’ going to be? ‘Machines replacing human beings’ does not portray a rosy picture, does it? It can lead to serious issues like unemployment and crime. An excessive use of machines in every field can result in the under-utilization of human brains. Over time, we may even lose our intellectual abilities. You know of the declining mathematical abilities in children due to use of calculators since school, don’t you?

The impact of technology on society is deep. It is both positive and negative. Technology has largely influenced every aspect of living. It has made life easy, but so easy that it may lose its charm some day. One can cherish an accomplishment only if it comes after effort. But everything has become so easily available due to technology that it has lost its value. There is a certain kind of enjoyment in achieving things after striving for them. But with everything only a few clicks away, there is no striving, there’s only striking. With the developments in technology, we may be able to enjoy all the pricey luxuries in life but at the cost of losing its priceless joys.

Get Updates Right to Your Inbox

Sign up to receive the latest and greatest articles from our site automatically each week (give or take)…right to your inbox.

Fri Apr 17 , 2020
Welcome to bottin.com Thank you for coming to bottin.com ! Here you can find a gallery of cool original photographs, free screen savers and free software. All downloads are clean and spyware free. Since the photo gallery now contains more than one thousand photos I added a Photo Blog where I […]